• Local guides and Professional Photo Leader Kathy Adams Clark.
• Famous villages of Arles, Avignon, St. Remy, Aix en Provence, and the lesser known in the Luberon region.
• Day trip to the lovely Cassis on the Southern Coast.
• Photographic locations filled with unique culture, landscape, and the traditions of Southern France.
• Authentic Camargue ranch, photographing the French cowboys and beautiful horses of the region.
• Photograph the wildlife of the Ornithological Parc de Pont Gau.
• Tour limited to twelve participants.
• Extend your stay with Kathy as she returns to Barcelona, Spain.

*U.S. dollars based upon minimum of participants.

You will wander through wonderful vineyards and charming markets. Enjoy the delicious local food and beautiful landscapes that define Southern France. Exploring regional specialties, such as wine, oysters, and traditional regional recipes. Follow the road to visit the charming villages in the Luberon Regional Park. The historical monuments in Montpellier, and Aix-en-Provence are sure to impress. Make sure to leave some room for the exceptional fine dining restaurants that await you.

Extend your stay with Kathy, taking you Barcelona, Spain for a wonderful introduction to this famous city. It is more than just a single city; it is actually a collection of multi-faceted and diverse cities. The visitor, unfamiliar with its history, might be surprised that such a modern and enterprising city preserves its historic Gothic center almost intact. Fabulous architecture, brilliant Spanish cuisine, flamboyant culture, and wonderful weather combine to make Barcelona a truly magnificent city. Enjoy a few days devoted to the arts and culture of this unique city. There are numerous beautiful places to explore with many of Barcelona’s highlights, but we will devote quality time at each to capture the true essence of the city. 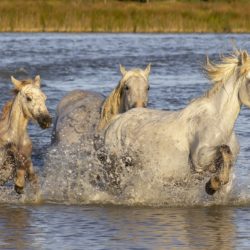 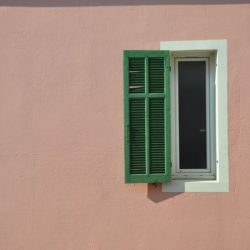 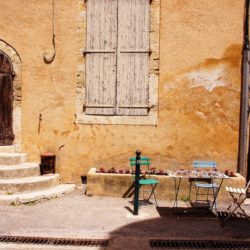 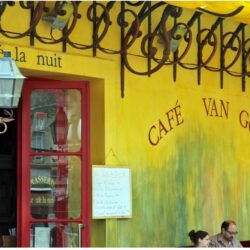 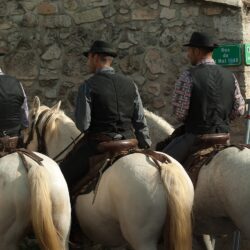 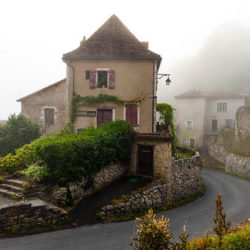 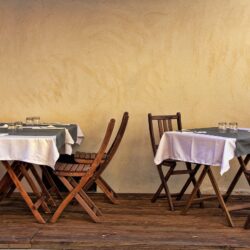 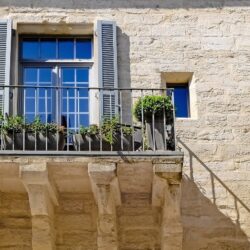 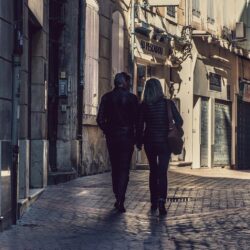 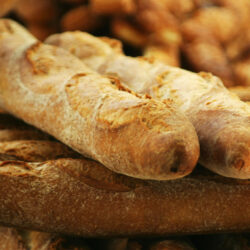 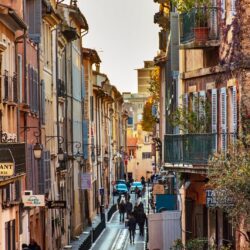 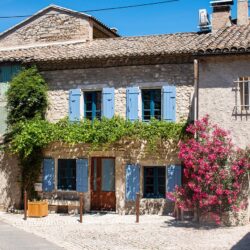 Your journey begins with an overnight flight from home to Marseille France (MRS). Please Note: All flights will be multi-city, either Home-MRS/Montpellier-Home, or BCN-Home if you are attending the extension. (meals on plane)

Upon arrival there will be a group transfer from the airport to the hotel (*time to be announced). Since the majority of our participants prefer to have an extra day to rest upon arrival, today is just that. Unwind to get over jet lag on your own and meet this evening for a brief meeting with your guides to prepare you for the tour program. Afterwards enjoy your welcome dinner.

Enjoy a day trip to the charming village of Cassis by the sea. There are many hiking trails around Cassis, but instead you will photograph the world famous Calanques National Park and their breathtaking cliffs from the comfort of a small boat as you motor through the park. Return to the picturesque Cassis Harbor, snuggled at the foot of the tall Cap Canaille cliff and white limestone coves. It is filled with many colorful boats and restaurants, with a view of the Chateau de Cassis in the distance. The small backstreets are surprisingly quieter as well as bright, colorful, and full of Provencal charm. Enjoy lunch with your guides.

The last day from Aix you will enjoy a walking tour of the town, going to the Provencal Market this morning to start the day. The old part of the city is mostly pedestrianized, so you can walk slowly, photographing the rich charm of the buildings and early light on the squares. Its public squares are lined with 17 & 18th Century mansions, fountains (there are 1000!), and tree lined streets. Walk in the steps of their most famous resident – Paul Cezanne. There should be free time later in the day to wander on your own or continue photographing with Kathy. Overnight Aix en Provence (D; B, L; B)

Depart after breakfast, travelling north and photograph Roussillon. It is considered an artist’s pallet, with infinite combinations of colors. It is one of the must see of the Luberon region. Famous for red cliffs and ochre quarries, the lush green pine trees present quite the contrast of color and feel. Explore the village and then move next door to the hilltop village of Gordes with tan colored stone architecture, rooting itself into the sharp cliff of the mountainside. Arrive St. Remy late afternoon or early evening, followed by dinner.

Rise early today to reach Avignon. Located on the Rhone River in Provence, Avignon is a beautiful preserved medieval town surrounded by the original fortified city walls. After a walking tour of this lovely city continue north to the Rhone Valley wine region. Tour, taste, and photograph at a lovely winery, after all you can’t travel to France and not enjoy the Vino! Afterwards return to St. Remy in time for afternoon exploration on your own or with Kathy. Given time there can be a photo discussion at the hotel this evening.

South of St. Remy is Les Baux de Provence, one of the most gorgeous Southern France villages. It is similar to St. Remy, yet a much warmer feel and less touristy. Photograph the traditional limestone village of Baux-de-Provence, rising above the village are castle ruins, with olive groves in the surrounding valley.

Enjoy an amazing experience at Carrieres de Lumieres show in Beaux de Provence. It pulls together light, sound, and art in an extravaganza. No matter the artist at the time, you will be enthralled by the experience. Before returning to your accommodations visit the 11th century Saint-Paul-de-Mausole where Vincent Van Gogh painted Starry Night. Overnight St. Remy (B, D; B, L; B)

Today is moving day to Camargue. Arles is along the way, famous for its many Roman monuments, photograph them as you enjoy a walking tour of the places Vincent Van Gogh was inspired by: The Yellow Café, the Langlois Bridge, and Rhone River.

The next day photograph in the Camargue Region. You will learn about and photograph the traditions of the region. See the French cowboys practice herding the black bulls of the Camargue while riding the famous white horses. Enjoy a traditional lunch at the ranch.
This afternoon visit the Parc Ornithologique de Pont de Gau. A great place to wonder at the spectacle and beauty of flamingos. They are mesmerizing. You can walk as far as you want to around the lakes or simply find a place to sit down and photograph. Listen to the various bird songs from the parks varied boardwalk and trail system. Overnight Camargue (B, L; B, L)

Kathy and the local guide will determine photography locations today considering the interests of the group. There is so much more to see in the Camargue region. Seaside towns surrounded by sandy beaches, or travel to Ecusson to photograph the old town area of Montpellier for architecture and quaint café’s serving their famous crepes. Late this afternoon the group will check in to your accommodations for the evening close to the airport. Enjoy the evening on your own and prepare for departure tomorrow. (B, L)

October 30: Montpellier-Home-or on to Barcelona Extension

The hotel has an airport shuttle, be sure to arrange your departure time at the front desk. (B)

* Based upon minimum of 5 participants.


Extend your stay with Kathy, taking you Barcelona, Spain for a wonderful introduction to this famous city. It is more than just a single city; it is actually a collection of multi-faceted and diverse cities. The visitor, unfamiliar with its history, might be surprised that such a modern and enterprising city preserves its historic Gothic center almost intact. Fabulous architecture, brilliant Spanish cuisine, flamboyant culture, and wonderful weather combine to make Barcelona a truly magnificent city. Enjoy a few days devoted to the arts and culture of this unique city. There are numerous beautiful places to explore with many of Barcelona’s highlights, but we will devote quality time at each to capture the true essence of the city. 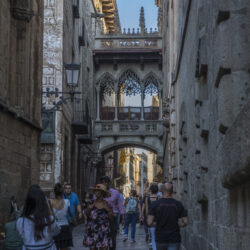 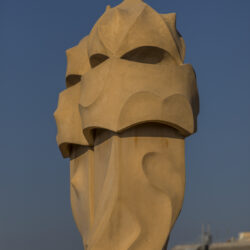 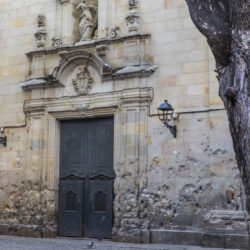 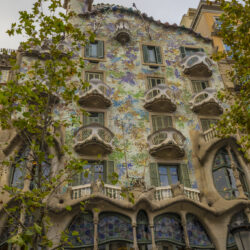 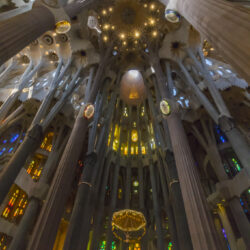 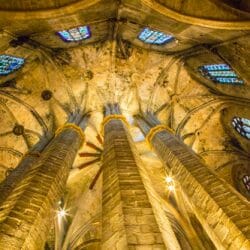 Those going on to Barcelona with Kathy will take the high-speed train this morning from Montpellier to Barcelona (duration 3). You will be transferred upon your arrival to the hotel for check in. Gather again in the lobby for an introductory walk and welcome dinner with your Barcelona guide. This walk will include La Boqueria Market and picturesque cafes and La Rambla, a tree-lined pedestrian boulevard packed with buskers, living statues, mimes, and itinerant salespeople selling everything from lottery tickets to jewelry. The noisy bird market on the second block of La Rambla is worth a stop. We hope to capture the golden light from Port Vell, at the foot of La Rambla. Overnight Hotel Serhs Rivoli Rambla (D)

Kathy will organize an early morning photo shoot, returning to the hotel for breakfast. After breakfast each day we will meet with the local guide as we venture into the streets. Be sure to have comfortable walking shoes, as we will use public transportation, where possible, to explore the sights and sounds of the city. Casa Batllo, with Gaudí’s renowned facade in stunning organic forms, fantastic chimneys, and rooftop, has been said to symbolize the legend of St. George killing the dragon.

Güell Park, designed by Antonio Gaudí, is the most famous park in Barcelona. Declared a World Heritage Site by UNESCO, it has been subject to all types of praise and criticism, including comments such as “outrageous modernism”, “surrealistic island”, and “nightmare expressionist park”. First conceived as a private estate, it became a public park in 1922. Both the main entrance to the park and the stairway leading to the Hundred Columns Room are structures where Gaudí clearly let his imagination run free.

A tour of Barcelona would not be complete without a visit to La Sagrada Familia, Europe’s most unconventional church. The life’s work of Barcelona’s favorite son, Antoni Gaudí, the magnificent spires of the unfinished cathedral imprint themselves boldly against the sky. They are encrusted with a tangle of sculptures that seem to breathe life into the stone.

The last full day in Barcelona Kathy will organize a morning photography walk, as well as at dusk. The afternoon will be free to enjoy revisiting previous photo locations at different light or optional activities such as: The Picasso Museum is housed in five adjoining medieval palaces, displaying various works by the famous artist. If you wish to learn more about the artist, optional audio guides are available as you enter the museum. Although the tour included Casa Batllo (chosen because you are allowed to wander on your own vs. La Pedrera) you may choose an optional visit to learn more about Gaudi at the colorful, La Pedrera. It was built between 1905 and 1910 as a combined apartment and office block. Formerly called the Casa Milà, it is better known now as La Pedrera (the quarry) because of its uneven grey stone facade that ripples around a street corner, elaborate wrought-iron balconies further emphasize, creating a wave effect. Visitors can tour an actual apartment as it was lived in, and go up to the roof, where giant multi-colored chimneypots jut up like medieval knights. Palau de la Musica Catalana, in all its color and glory, or various art museums, or simply photograph the wonderful harbor. Overnight Hotel Barcelona Center. (B, L; B)

There will be a group transfer time (to be announced) to the BCN airport for flights home. (B)