This tour is not currently scheduled. Contact us if you want details when tour dates are announced, or if you are interested in running a private trip for your group.

*U.S. dollars based upon minimum of 8 participants. There is a small group surcharge of $400 if  6-7 participants. We try to accommodate travelers who request single accommodations, as well as travelers who are looking for a roommate. If a single room is requested (subject to availability), or if we are unable to find a suitable roommate, there is a single room surcharge of $2295.

Located in Botswana’s far north, Chobe National Park is world-renowned for its variety and concentration of wildlife. While it is the third largest park in Botswana, everyone agrees it is the most diverse. The idea of classifying the area as a national park emerged in the 1930’s, to protect the native wildlife in this unique region. The country created the Chobe Game Reserve in 1960, and in 1967 the reserve was officially declared a national park....

Located in Botswana’s far north, Chobe National Park is world-renowned for its variety and concentration of wildlife. While it is the third largest park in Botswana, everyone agrees it is the most diverse. The idea of classifying the area as a national park emerged in the 1930’s, to protect the native wildlife in this unique region. The country created the Chobe Game Reserve in 1960, and in 1967 the reserve was officially declared a national park. The park can be divided into four distinct areas, each with a corresponding ecosystem. The Serondela area (or Chobe riverfront) is in the northeast section of the park and includes the Chobe River and its floodplains. Due to the herds that come here for watering during the dry season (and probably also due to this region’s proximity to Victoria Falls), this is one of the most visited regions of the park. The Savuti Marsh area is primarily rolling savannas serving as the homeland for most of the park’s wildlife. But large concentrations of wildlife also reside in the Linyanti Marsh area, including the park’s most well known inhabitants, the huge herds of elephant. Lion, hyena, zebra, cheetah, leopard, wild dog, wildebeest, warthog, kudu, impala, hippo, and antelope are just a few of the large land mammals to be found in this wildlife paradise.

As the largest inland river delta on earth, Botswana’s Okavango Delta is surely one of the seven wonders of the natural world. The delta is formed as the seasonal flooding of the Okavango River, flowing from the Angola highlands, empties into the Kalahari Desert basin. The flood waters cover an area of over 35,000 square kilometers and rise and fall as the intense heat of the region cause rapid evaporation only to have the delta resupplied by newly arriving flood waters. Landlocked and surrounded by higher altitudes, Botswana is a dry country, so the Okavango Delta truly is an oasis. However, contrary to what the foliage might indicate, this is not a tropical paradise. Rainfall is sparse most of the year and temperatures soar to about 100F during the summer. However, the winter floods (that peak from June to August) are sufficient to make permanent large swathes of lakes, channels, and lagoons. Not surprisingly, this oasis attracts some of the world’s highest concentrations of wildlife, including all the quintessential African mammals from lion to elephant to hippo to giraffe to rhino to zebra. The delta is also the permanent or seasonal home of hundreds of bird species as well. This diversity and concentration of wildlife make the Okavango Delta an absolute must-see for any serious African visitor!

Stay in the only permanent game lodge situated within the famous Chobe National Park. It is Botswana’s premier venue for guests looking for a perfect base from which to explore the National Park and the Chobe River. This five-star lodge has full eco-grading by Botswana Tourism Board. Includes air-conditioning, featuring overhead fans, complimentary mini bar, en- suite bathrooms and a private terrace.

Your Savute Lodge is located in the  western section of Chobe National Park. There are  twelve thatched chalets built of local timber. The chalets feature expansive private decks, a combined bedroom and lounge area and en suite facilities. The main lodge offers a shaded viewing deck, an al fresco dining area and swimming pool with spectacular pool loungers—ideal for watching the varied wildlife—including the resident elephants—as they make their way to the Channel to drink, bath and play.

Your last lodge is on the edge of the Xakanaxa Lagoon, well known for its spectacular game-viewing opportunities. Guests enjoy the luxurious seclusion of East African style safari tents, each one set on a raised teak deck, with en suite bathroom. Traditional foods served in a thatched boma or ebony canopy dining room, and nightcaps beside the warmth of the glowing fire pit. 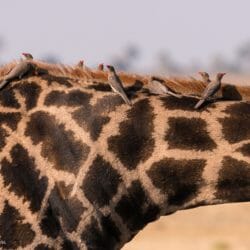 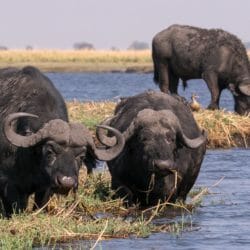 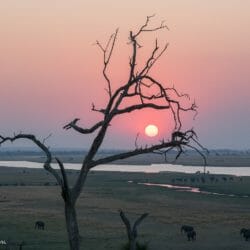 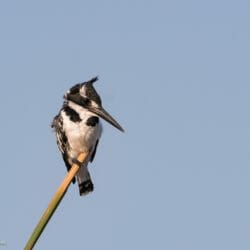 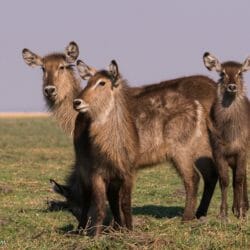 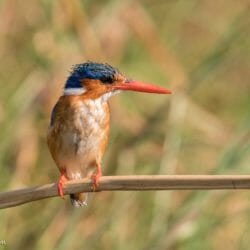 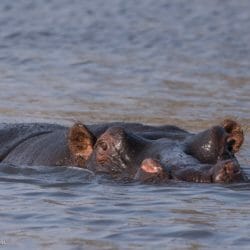 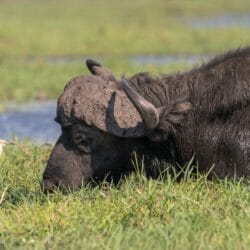 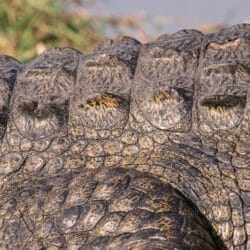 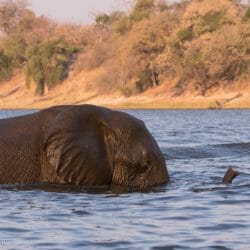 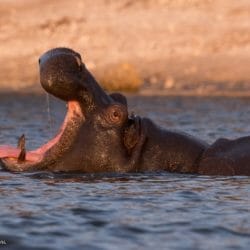 Depending on your home departure city you may need to depart December 1 or 2 in order to land in Kasane Airport (BBK) on December 3.

Upon arrival at Kasane Airport (BBK) and after clearing immigration, you will be met for your road transfer to your Chobe lodge in the Chobe National Park. (approx. 45 minute drive) (B, L, D three days)

Today you will transfer to Kasane Airport for your light aircraft flight to Western Chobe, where you will be transferred to your safari lodge on the banks of the Savute Channel . (B, L, D three days)

Today you will transfer for your light aircraft flight to your camp in the heart of the legendary Okavango Delta. (B, L, D three days

After an early breakfast transfer light aircraft flight to the Maun (MUB) Airport to connect with your flight home (flights typically 1-2PM).

Depending on flight connections home you may not land until December 13 or 14. (meals on plane)

* Based upon minimum of 4 participants. Single room surcharge is $225.


Awe-inspiring Victoria Falls, known as mosi-oa-tunya, which means ‘the smoke that thunders’, is one of the seven natural wonders of the world. Named in honor of Queen Victoria by the renowned Scottish missionary and explorer, David Livingstone, world-famous Victoria Falls is located on the mighty Zambezi River between the southern African countries of Zambia and Zimbabwe.

A UNESCO World Heritage Site, Victoria Falls feeds a rainforest ecosystem adjacent to the falls and creates the largest sheet of falling water in the world. Uniquely, cliffs do not border the Zambezi River leading up to the falls nor does it flow through a vast gorge. Instead, the river flows across a level plateau in a broad shallow valley until plunging into the deep Victoria Falls chasms. Commissioned in 1900, the Victoria Falls Bridge provides a spectacular perspective. Tours of the falls are available from either the Zambian or Zimbabwean side. One stunning vantage point is across the Knife-edge Bridge, where visitors can have the finest view of the Eastern Cataract and the Main Falls.

Accommodations are locted on the Zimbabwean side of Victoria Falls, closest hotel to the falls and to the town center. A boutique hotel providing private and inviting accommodations with personalized service. Each room includes satellite television, air conditioning, and overhead fan, while the bathrooms include a sink, flush toilet, bath, and shower. French doors open from each room to a lawn or balcony with a view of the Victoria Falls. The hotel also features a swimming pool with a sun deck that provides breathtaking views, a pool bar, restaurant, as well as features like 24-hour wireless internet and security. The hotel offers OPTIONAL tourist Victoria Falls activities (information will be sent upon enrollment) such as: Helicopter, flights, steam train, water, adventure, or various walking or cultural tours. 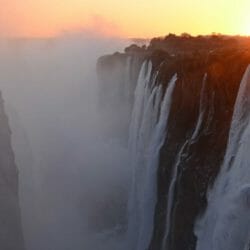 Depending on your home departure city you may need to depart November 29 &/or 30th in order to land in Victoria Falls (VFA) on December 1.
Please note: if you are taking part in the extension your flights will be issued multi-city Home-VFA/MUB-Home. If not on extension multi-city Home-BBK/MUB-Home

Clear customs immigration, you will be met for your road transfer to your hotel with a view of Victoria Falls in Zimbabwe, approximately 30 minutes.

Private guided tour of Victoria Falls this morning, followed by time at the hotel. A sunset cruise has been included (appetizers and drinks included) along the Zambezi River for shoreline, birdlife, elephant, and hippo photography as well as the beautiful sunset. (B)

Depart after breakfast, meeting those at your Chobe Lodge accommodation to begin the main program. (B)