Ireland and the Creative Spirit-Counties Mayo and Donegal

*U.S. dollars based upon minimum of 9 participants. There is a small group surcharge of $400 if 6 - 8 participants. We try to accommodate travelers who request single accommodations, as well as travelers who are looking for a roommate. If a single room is requested (subject to availability), or if we are unable to find a suitable roommate, there is a single room surcharge of $595.

Going to Ireland is like going home again. This photo tour is focused on the ‘real’ Ireland or the areas where majority of tourists don’t see. Stay in two lovely cities, Westport in County Mayo and Donegal town on the Donegal Peninsula. Your hotel in Westport has a pool and optional spa facilities available. You will enjoy traditional Irish or American breakfasts during your stay. Lunch will be at various restaurants and pubs, or the group can stop in town and have a picnic lunch wrapped...

Going to Ireland is like going home again. This photo tour is focused on the ‘real’ Ireland or the areas where majority of tourists don’t see. Stay in two lovely cities, Westport in County Mayo and Donegal town on the Donegal Peninsula. Your hotel in Westport has a pool and optional spa facilities available. You will enjoy traditional Irish or American breakfasts during your stay. Lunch will be at various restaurants and pubs, or the group can stop in town and have a picnic lunch wrapped for your daily excursions in the field. Transportation is provided in a roomy tour van, which is large enough for both the group and your equipment.

Karen and Joel have designed this itinerary to incorporate additional hours of photography along the dramatic coastline and fishing villages of County Donegal. This is an opportunity to expand your personal vision, make new friends and experience a very special place through new eyes. From the lush, green mountains to the broad peat lowlands, the ancient abbeys to the colorful villages, each place will stimulate the mind and enrich the spirit. There are spectacular monastic and megalithic ruins to seek out in your daily adventures. The soft pastel shades of the mountains and clouds appeal to the artist and photographer. These natural landscapes, along with the people, render this Isle a place of inspirational beauty.

Please Note: Waterfront rooms have been included in Westport, if you prefer standard room, a discount is available per room. 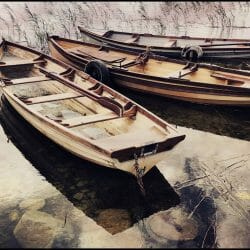 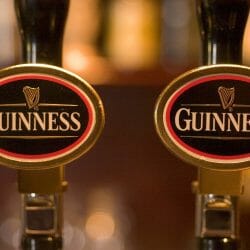 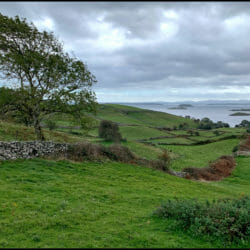 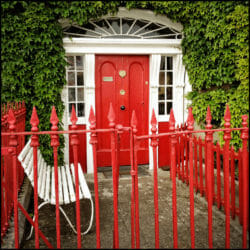 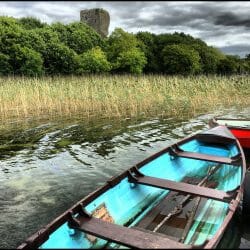 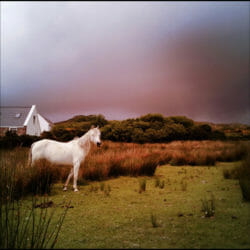 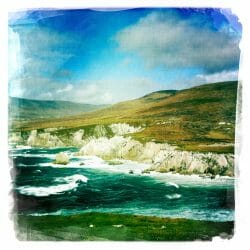 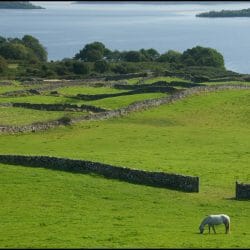 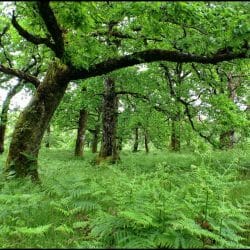 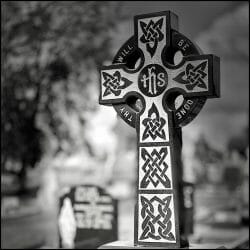 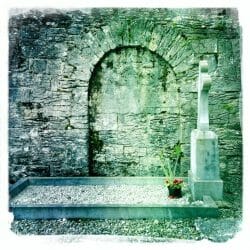 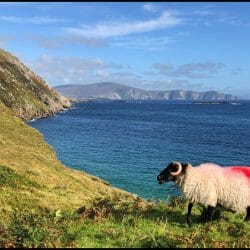 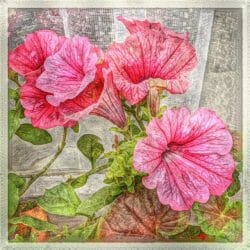 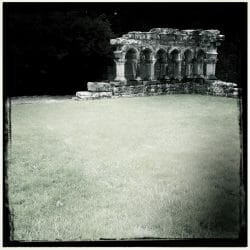 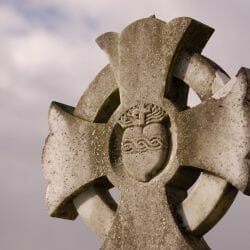 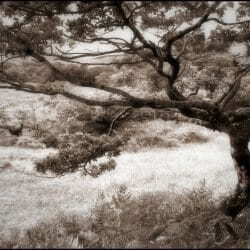 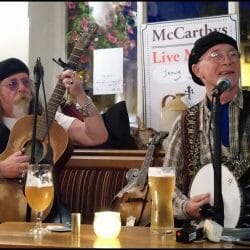 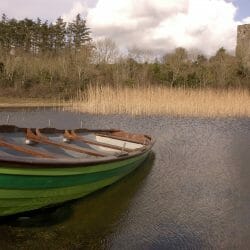 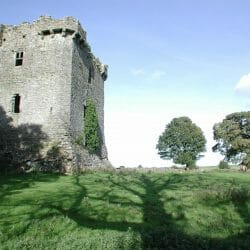 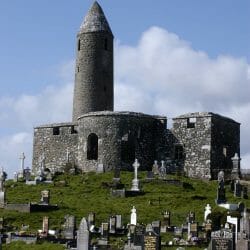 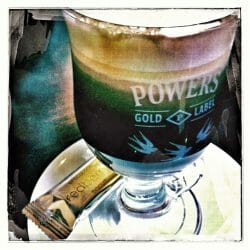 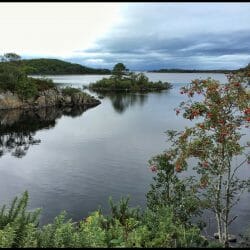 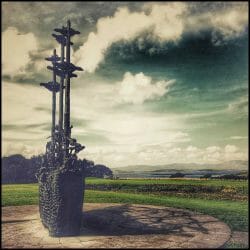 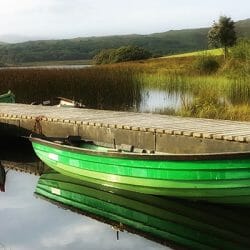 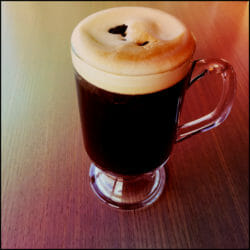 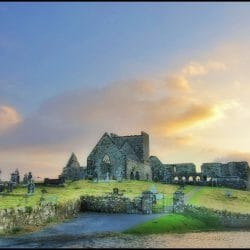 What a fabulous balance of our presence as well as great instructional knowledge. Karen and Joel attention to detail was beyond all expectations. Best Trip!!! Amazing countryside and meeting a ‘new family’. Tapping in to creative spriit, thinking outside the box.

What a wonderful Ireland trip we had. Thanks for everything you did to make it possible and so enjoyable. Given how much fun we had and how delighted we were with the trip, we have just one suggestion to add more leisure time in villages. It and all the guides were 10 out of 10. Everyone was a wonderful help. The relationships we forged, particularly with Karen & Joel was the highlight.

Karen, thank you for everything.  As I have said before, you are the most generous photographer I have met with your dedication and desire to share information.

I think I learned the most on any photo trip I have been on (Ireland). I never knew anything about the iPhone photo apps!…I also wanted to thank you for allowing me to work within my physical limitations. I hope to join you on another trip! Karen was very knowledgeable regarding Photography, very patient and willng to teach and inspire. Your local guide was very knowlegeable, very willing to explain the history and culture. They both get a 10 out of 10. The trip was wonderful!!!

It is so wonderful to be able to go to such a location for the soul purpose of photography.  The easy and spontaneous adventure that this was makes me want to go on another Focus Adventure Tour.  I was skeptical of the “iPhoneography” lesson but I participated and I can say that maybe it has truly changed my life.  My creativity was certainly heightened and encouraged on this trip.  I am so glad I went.

Your leadership and the person that you are is very special and rare… Thanks for helping ignite my inspiration, Karen!

I have worked with Karen for 10 years with great results. She has been an inspiring teacher and mentor. I would recommend her to anyone wanting to develop their creativity.

I really enjoyed meeting and photographing the glories of the Emerald Isle with all of you. My sincere and special thanks to Karen for all of the photo information….and to Olcan for such a beautiful introduction to his spectacular corner of the world.

Pam & I agree that this vacation was the best we have ever done. We found all the people and experiences far exceeded our wildest expectations. We had a super group of fellow travelers. I thought Karen did a great job both as a photo instructor and a champion to bring our group together. Because of our superior experience we plan to join Karen in Ireland next summer. Jacque is a fantastic person to work with. She kept us up to date on all our travel plans. We look forward to working her in the future!!

Our journey to Ireland begins with an overnight flight from the U.S.

You will be met at Ireland’s Shannon International Airport and driven north to Westport, on the shores of Clew Bay. The first afternoon you can relax; if the group is feeling a bit energetic, you can walk to town and listen to some traditional Irish music. Please Note: Waterfront rooms have been included, if you prefer standard room, a discount is available per room. (D)

County Mayo is the Ireland of your imagination, beautiful and inspiring, with breathtaking landscapes, fascinating countryside and culture. Music and history inspire your curiosity. Mayo people are warm and friendly and take pride in making their land your land!

Each day visit some of these typical areas from your home base. It is not possible to see everything during each tour, as there is so much to see and photograph, and there will also be time for unscheduled stops and special events in both County Mayo and County Donegal. The City of Westport offers wonderful street photography with winding streets, stone bridges over the river, and daily life. Drive along the shores of Clew Bay, stopping at Murrisk Abbey, and the Famine Memorial standing at the foot of Croagh Patrick.

Ireland is well known for its traditional music. The people have always loved their music and this relationship dates over many centuries to the present day. Westport has many traditional music pubs and you will be able to join in the fun on a few of the evenings.

Spend a morning photographing in and around the town of Cong. Photo locations include Ashford Castle, Cong Abbey, the forest and river, as well as the town itself. After lunch you will have the opportunity to photograph an area of rolling hill, sheep, and a myriad of stonewall, on a hillside flowing down to Lough Corrib. The picturesque village of Cong was the setting for John Wayne and Maureen O’Hara’s film The Quiet Man. The King of Connacht founded the abbey ruins in the twelfth century. In 1198 the last High King of Ireland died in the abbey.

As you explore along the coast of Achill Island, you can photograph in many beautiful locations, one being lovely Keem Bay and Beach, recently named one of the 50 best beaches in the world. If time allows you will wind up at the deserted famine village at Keel. Achill Island is the largest island off the Irish coast. Wrought by wind and water, accessible by bridge over the sound.

Another day may be spent on the shores of Doo Lough and the Connemara Mountains, where you will see some of the most stunning landscapes in all of Ireland. Sheeffrey Woods, a place where you must be careful not to disturb the leprechauns who inhabit the forest is along the way. Afterwards visit the town of Leenane, where you will have lunch with the residents, and have time for photographing in the small pub, known as Gaynor’s (film location of The Field).

Not too far from Westport is Carrigahowley or Rockfleet Castle, one of the many strongholds of Grace O’Malley, the adventurous sixteenth century Pirate Queen. Later in the afternoon visit Letterkeen Forest. (B each day, D last evening)

After breakfast the group will depart for the Donegal Peninsula. Before reaching the peninsula is County Sligo, where W.B. Yeats is buried, and Carrowmore Megalithic Cemetery is located. It is home to the largest and oldest collection of stone circles and dolmens known from neolithic Ireland.

Donegal is thought of as a lesser-known region, untouched and crying out for exploration. Nature abounds from the sheer granite walls of some of Europe’s highest sea cliffs at Slieve League, and there is warmth and wit to be found among the vibrant, Irish speaking communities. Given time you will travel to the immense beach at Inishowen and Fanad Lighthouse. This journey will lift your spirits and present huge panoramas that will look different from every segment of the road you travel. Bright azure skies appear next to blue gray, shafts of rain, which bolt sea and sky together. Donegal Bay majestically swoops towards you, with its quaint fishing villages and harbors. The traditions of Irish music and dance, colorful small shops and cozy pubs, traditional cottages and houses are a few of the locations and activities you will enjoy in this region.

Photographic opportunities await you at the lovely Cathedral of St. Eunan and St. Columba of Letterkenny, and 30 minutes south is the Beltany Stone Circle. Other possible photographic locations include Dolman rock tomb of Kilclooney, Glenveagh Castle and National Park, and to the West is Burtonport, a traditional fishing village. Glencolumbkille is very much a favorite with an abundance of ancient ruins spanning from stone age monuments, up to the castles, forts, and church monuments of more recent times. With its small hamlet, it remains the heart of County Donegal’s shrinking Gaeltacht region, with strong rural Irish flavor and brightly painted row houses.

Your guides will need to take in to account the weather and local events in the area, but rest assured they will fill your days with photography, leaving time to learn from your photo leaders and local Irish guide. Overnight in Donegal Town four evenings. (B, D; B, B, B)

After breakfast this morning, say goodbye to Donegal and make your way south to Shannon, with photographic opportunities along the way. Depending on the interests of the group there are several colorful villages, castles, or loughs to stop and photograph before reaching Shannon. Enjoy a wonderful farewell dinner and experience with your guides. Overnight airport hotel (B, D)

You can depart anytime today as the airport is walking distance from your hotel. Majority of flights depart morning or early afternoon, which should coordinate with the checkout time. There should be luggage carts outside the hotel which you can leave at the airport. (B)

Cuba The Heart and Soul

Ecuador: The Spirit of Ecuador